The serendipitous story of how a mystic songwriter from Montreal and a country boy from Georgia ended up writing an EP album of existential acoustic blues music. 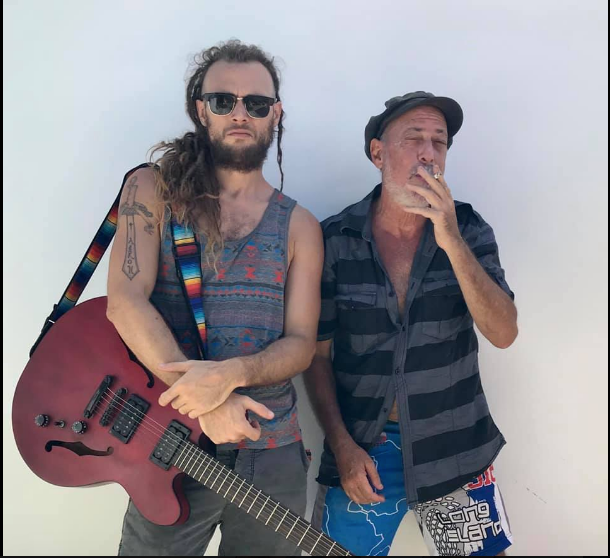 It was dark and smelled like a weird mixture of dust and rum. I could see through the wall behind the stage into the shack next door. They were frying chicken, which added a greasy undertone to the chalky aroma and bad lighting on stage.

I found myself bothered by the drunkenness and general lack of an attentive audience. I was running the local open mic night about 5 years ago or so and this was the scene, as much as I can recall.

As is with any open jam session you never knew really what would happen next. Of course, being from Georgia, the smoky drunkenness surrounding me was a normal feature of the environment, yet the ambience was lacking a general bluesiness.

Everything seemed normal really until some old Canadian Mystic showed up with a harmonica in hand. You see, I knew the blues, but we were in the Caribbean, and let’s just say blues music is appreciated but it ain’t got that Latin flavor, you know. By the way, if you want to read more about how I get to this point in the story you can read about it here.

He wore one of those hats like the kids selling newspapers for a nickel on the street corner back in the depression days. I looked at him with his dusty old hat and said what I say to everyone who wants to jam. “Watchya wanna play, man?”

He muttered something mostly incoherent and pulled out a grimey saxophone and what looked like an ancient leather medicine bag from the Wild West era full of different harmonicas and dirty old bandanas.

After our jam he told me his name and said we should meet up and talk music one day. Blues musicians aren’t exactly a dime a dozen around the Caribbean so I agreed. I smelled the beer on his breath and an outdoorsy odor like a campfire as he saved my phone number and waded back into the darkness from which he appeared.

I didn’t hear from him and forgot about our plan to meet. He was just another snowbird stumbling around bars of the Caribbean, or so I thought. 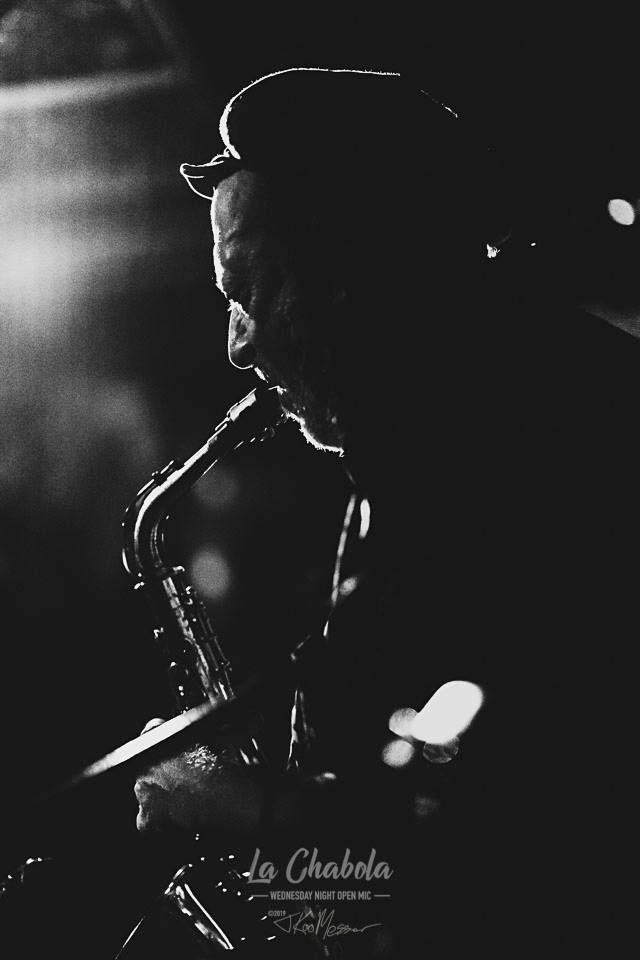 The man never came back into my mind until one day about a year later. I noticed a missed call on my phone. I didn’t recognize the number, but I did something I don’t usually do. I called it back.

A gravely, tired voice answered. Apparently, the missed call was just an unintentional butt dial; a butt dial that may have changed the course of human history. Okay, maybe not human history completely, but it’s what ultimately led to the creation of the Bottles and Blues Band EP.

Anyway, we eventually figured it out that we had met over a year ago at that dusty jam session at a place called Voodoo Lounge. He said we should meet and shoot the shit about the Blues, so we did. And we’ve pretty much been doing the same since. 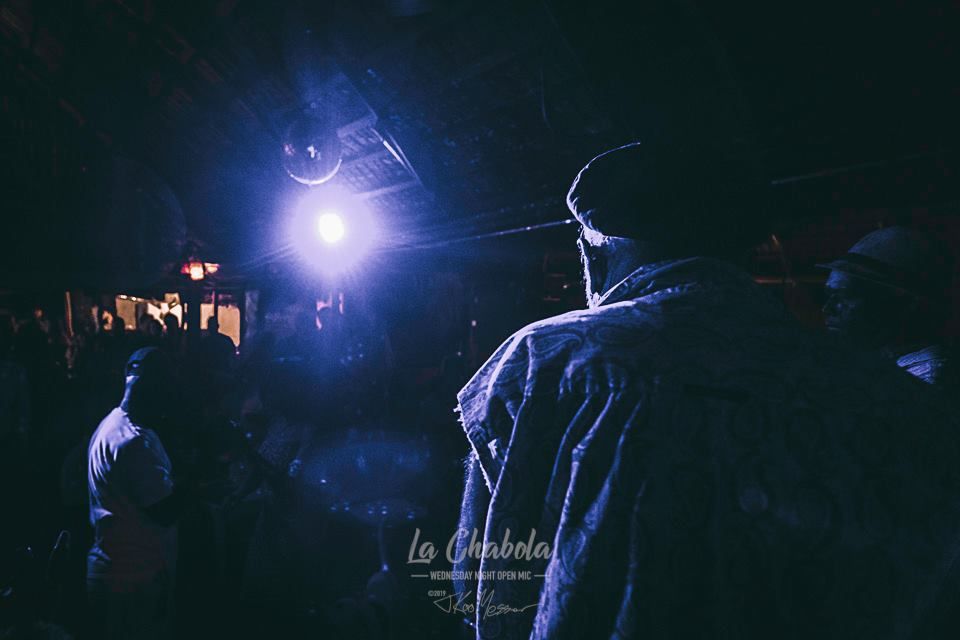 I got to know Mike. I learned that he wasn’t just some lost puppy, in the world, like he likes to say. This guy was a legend, to me at least. He had amazing stories from adventures in his life, had children including an adopted daughter, and just radiated love, kindness, and appreciation.

You could tell he’s spent some time thinking about what the right way to be a human might be. And the world too, I think. Plus, the guy could blow the harmonica like a madman!

He ‘d explored the corners of the world and had intimate stories about Nina Simone, Howlin’ Wolf, Egypt, hash dealing, death, and roughing it all across the backwoods of North America from Canada to Mexico, and all kinds of mystic craziness. His name is Mike, but he told me people call him FreedM sometimes, so I like to use that instead.

FreedM and I hit it off quick musically, and even though he was about twice my age, we shared a brotherly bond that I can’t really articulate. That’s probably best left told in another story anyway.

I had never heard someone play the harmonica so sweetly, and he was pretty far out on the saxophone too. Mostly though, I found FreedM to be a storyteller and a blues man. You know, what’s the story if there ain’t no one to tell, right? Oh, and the girls absolutely love him, man, especially when he starts singing.

We found something mutual in the blues music that we played together for fun on and off stage. Over the next few years, we tried a few different combinations of musical projects every time he came to town, but those were all mostly just for fun to play some live music.

We started performing as a duo and found that we really enjoyed getting back to the roots of acoustic blues and storytelling. That’s about when the name “Bottles and Blues” came up. 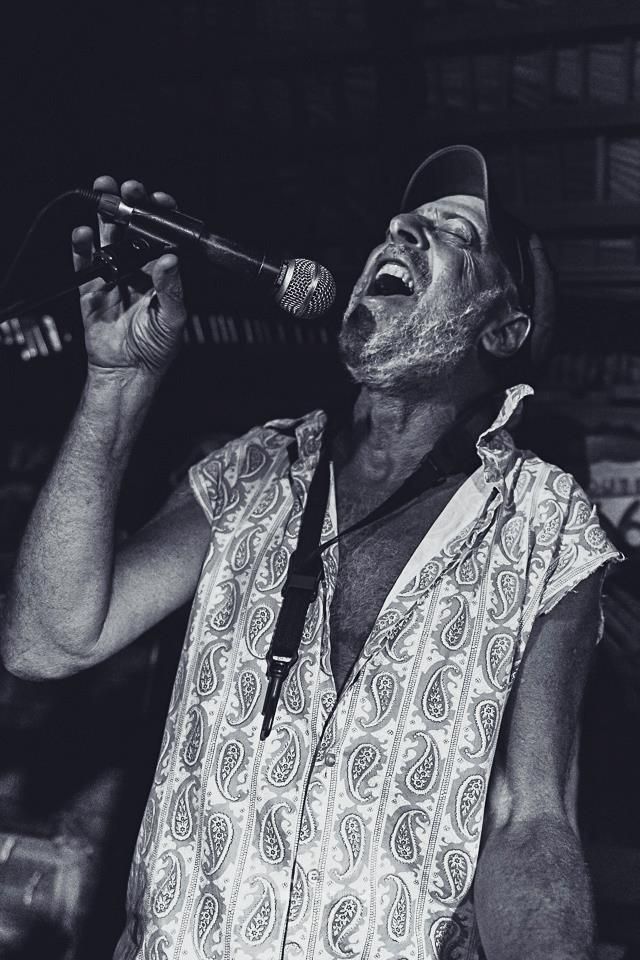 How The Album Happened

FreedM and I have played music together on and off for years now, but it wasn’t until 2019 that he came to me and said, “I’ve been doing some songwriting, think you can come up with some chords for me?”

Of course I obliged him and the result is the Bottles and Blues EP. I was absolutely blown away by FreedM’s lyrics. I’m still trying to feel my way through his poetry and understand the multidimensional message in his songs.

We spent a few nights drinking and smoking our way through arrangement and harmony, trying to feel it out, and came up with the songs he wrote to the words to, “Mystery” and “Mudcake Shoes Blues”.

During that process, I also came up with the music and lyrics Mike plays an amazing harmonica solo on, “Number 5 Blues” on the album. The songs nothing fancy, but it’s really about being lonely and I threw in a really nice jazzy, mid-section for Mike to solo over.

We recorded the songs live in my studio using the microphones and equipment I have to work with. The idea was to make it as raw and authentic as possible. You know, just like the listener would be sitting right with us when they hear it.

Luckily, we got the tracks done just in time before Mike had to go back to Montreal. Honestly, I think we might do another EP next year because we still have a few tricks up our sleeves. Anyway, I mixed and mastered the songs myself. Oh and we were able to snap a few decent photographs of me and Mike from a couple shows for ya too.

We also recorded live on stage some improvised jams and cover songs like “Wayfarin’ Stranger” too and put a couple of those tracks on the album. They feature an amazingly talented musician from Quebec named Alain Auclair on bass who played live with FreedM and me during the recording and many other shows. 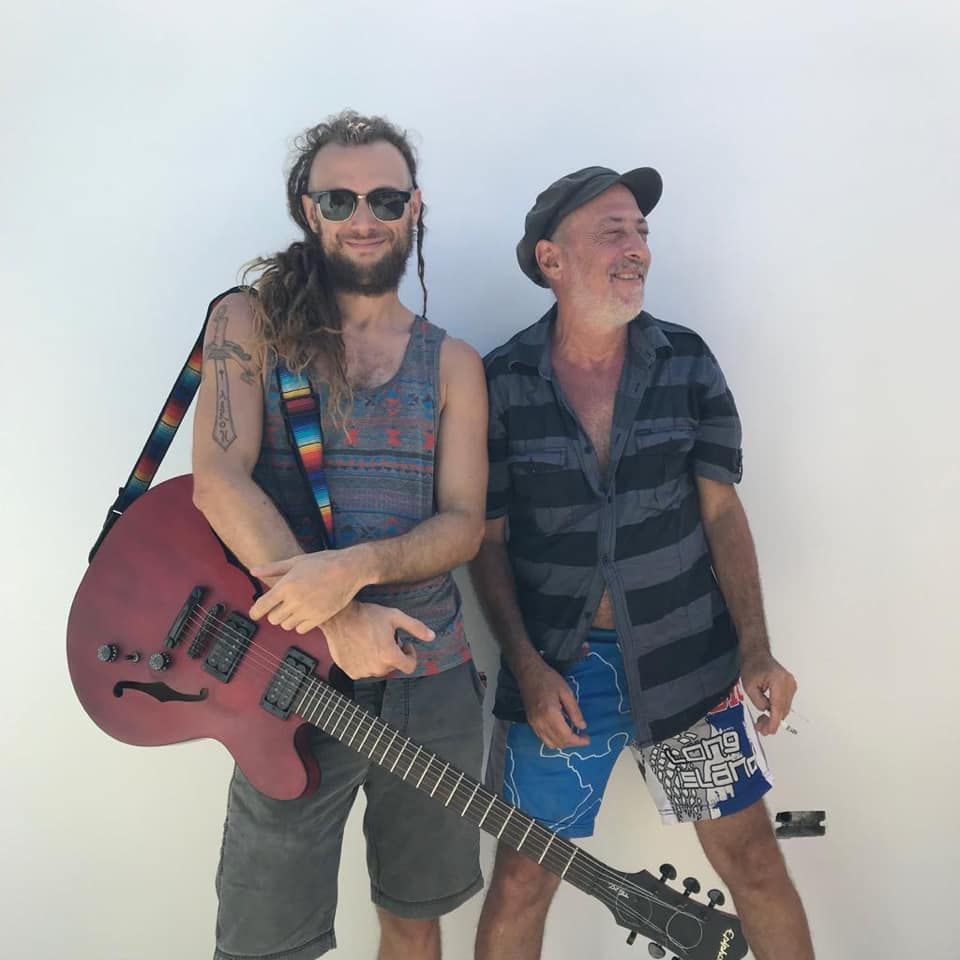 As they say, the rest is pretty much history folks. We had a great time making these songs and we hope you have just as much fun listening to them.

If you’re into blues and acoustic songwriter type music like Bob Dylan, Tom Waits, or Leonard Cohen, you’ll love this music. Just scroll up or click here to preview and download the album. Don't forget to connect with Bottles and Blues Band on Facebook and Instagram at @bottlesandbluesband. Big thanks to photographers Josh Messer and Mercedes Acevedo for the photos!

Just click here to listen to our new album!

Thanks for being here and reading the story behind Bottles and Blues. We greatly appreciate it and would love to hear from you! Tell us where you’re from and leave us a comment down below and let us know what you think about the new album!

Again, a million thanks for reading out story and checking out our music. Stay tuned for our next blog post where you'll get to here Mike's side of the story and learn more about this songs on this album.