Ancient Israelites Used Cannabis and Frankincense To Get High, According To New Discovery

Did ancient people in the Kingdom of Judah use cannabis at the Temple of Solomon? 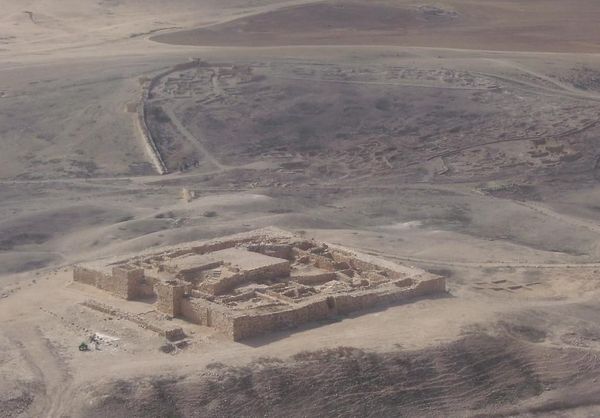 An aerial view of the Tel Arad fortress that stands in what was once the Kingdom of Judah. (Image: © Asaf. Z; Public Domain)

Proof of ancient ritualistic cannabis use over 2,700 years ago has been officially confirmed and gives new meaning to the "most high". Just over an hour south of Jerusalem at an archeological mound, called Tel Arad, researchers have discovered ancient evidence that cannabis was burned in rituals and ceremonies.

According to the report, this is the first known evidence of a hallucinogenic substance found in the Kingdom of Judah, a region that now encompasses parts of the West Bank and central Israel.

Researchers believe that “the religious altered state of consciousness in this shrine was an important part of the ceremonies that took place here.”

The shrine was first discovered in the 1960s when it was unearthed at the Tel Arad archaeological excavation alongside two fortresses dating back to 750 B.C. and 715 B.C. At the entrance of the shrine stand two altars on the left and right, one slightly taller than the other, both featuring a shallow depression on the top surface. 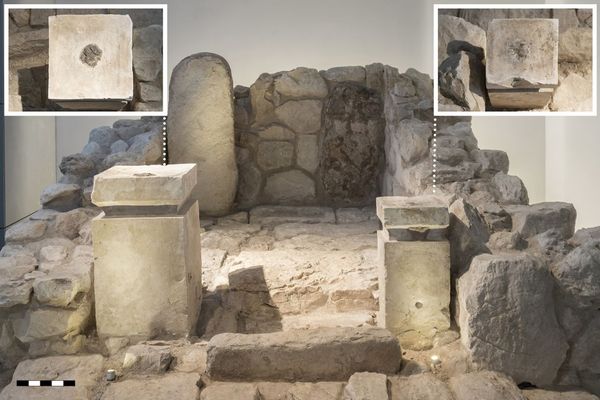 A view of the shrine, with a bird's-eye views of the depressions and burnt remnants on top of each altar. (Image credit: Israel Antiquities Authority Collection, Photo © The Israel Museum, Jerusalem, by Laura Lachman) 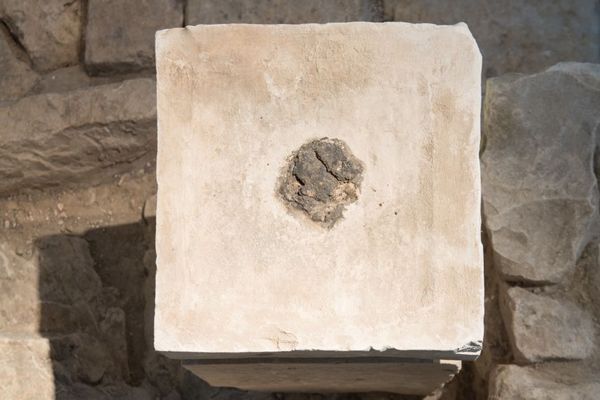 The taller altar was analyzed and found to contain frankincense and animal fat, which would’ve been used to aid the vaporization of the aromatic tree resin. The shorter altar was found to contain traces of phytocannabinoids from cannabis including THC, CBD, CBN, as well as various types of terpenes or aromatic compounds.

Interestingly, the cannabis altar also had traces of animal dung, which is thought to have helped with the burning of cannabis.

While cannabis was never mentioned in the Hebrew Bible, researchers of the findings believe the new discovery could indicate that similar practices may have been conducted at the iconic First Temple or Solomon’s temple.

The shrine at Arad “was an official shrine of the Kingdom of Judah”, says Arie, so it’s possible that these findings can be “extra-biblical evidence” that similar practices were used in the First Temple. According to the researchers, the official stature of the shrine also indicates that it was a place used to “evoke the inner sanctum of the Tabernacle of the Israelites, where God was thought to appear.”

The report goes on to suggest that both cannabis and frankincense were likely imported from afar. The frankincense would have likely come from Arabia and would have been very expensive to acquire. The cannabis is thought to have been brought from Central Asia in the concentrated form of Hashish.

Patrick McGovern, the scientific director of the Biomolecular Archaeology Project at the Penn Museum in Philadelphia was not involved in the study, but said that the finding is, “revolutionary in making a case for the use of specialized psychoactive plants in early Israelite religion.”

Was cannabis used by the earliest Israelites in ritualistic or religious ceremonies? According to this new scientific discovery, it seems highly likely.

What do you think? Let us know in the comments. Was cannabis used as a hallucinogenic substance to bring priests closer to god, or was it just an incense?

Thanks for reading! Be sure to LIKE and SHARE this article with someone you think will enjoy reading it. You can find more interesting content on cannabis, consciousness, and conspiracy topics linked in this blog here.